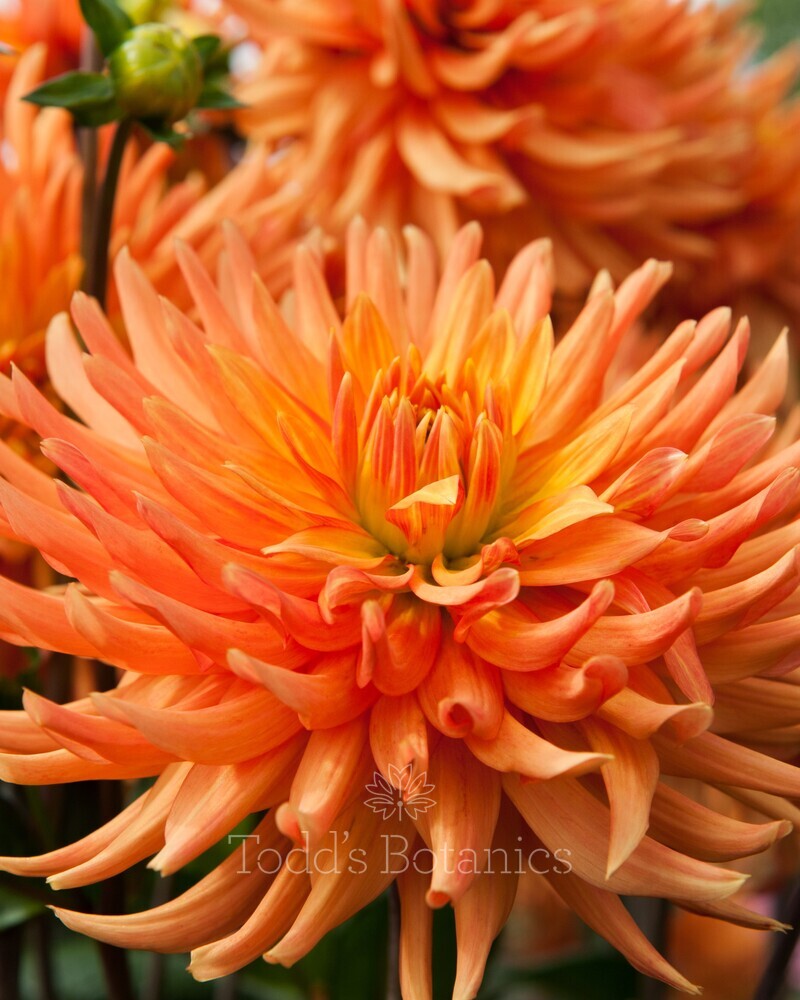 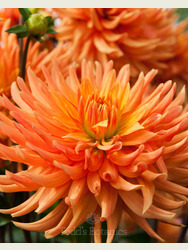 Dahlia 'Ludwig Helfert' is such a wonderful dahlia, one of our favourites at Todd's Botanics! Ludwig has such beautiful bright-orange colouring and wonderfully textured, semi-cactus flowers. This dahlia looks magnificent in the summer border alongside other, darker dahlia and herbaceous perennials. Dahlia Ludwig Helfert also makes a wonderful cut flower.

When growth reaches 20-30cm, pinch or snip out the growing tips to promote bushy, strong growth.

Once the frosts are over, plant into a pot or ground in fertile soil in full sun and water well.

TIP! When planting your Dahlia insert 3-4 sturdy canes or stakes around the plant, tie twine or string around the supports and let the dahlia grow up between them, this will support them when they are flowering. This is a much more natural and easier way of growing dahlia rather than trying to do it once the plant has grown tall and also the roots are less likely to be disturbed.

There are currently no reviews for this product.

Be the first the write a review.

Please Log in or Register to write a review